Looking back at the WWDC keynote, it is worth reflecting on what was good and what was not so great:

iOS 9: this looks like a solid upgrade. It will be free, will arrive in the late Autumn, and should help to make the iPad a more work-orientated device. The changes to the keyboard, such as new shortcuts when working with text, are very welcome. So too is the idea of the virtual trackpad. The iPad can be fiddly when working with text- my Mac is always my preferred machine for letters and documents. But these changes should help. I am typing this post on an iPad because I love its mobile capabilities which even the MacBook Air can't match. But typing does take longer on an iPad, and so anything to help is welcome.

The multitasking features such as the split screen looks great, but it was a pity that it will only be fully available on a new iPad Air 2. My iPad Air 1 feels a bit left out, and this may well be the inventive to drive new iPad sales (reasonably Apple's intention, given how slowly people upgrade iPads).

OS X 10.11: also looks like a slick update, with a real focus on stability and bug fixes. I love when Apple do this as it helps all users and solves a few headaches for me when teaching about the Mac.

Music: well, that was all a bit of a mess.  It has been a long time since I groaned at the style of an Apple keynote, but this was pretty bad.  It seemed chaotic, long, and without a real focus. I am also not sure that the Music app and streaming service will appeal to me. I can see how people like Spotify and Apple wish to get in on this game, but I will have to see what it is like when launched. It does not seem to be something I will be paying a monthly fee for. The three month free trial is a good hook though as I will certainly take a look.

Overall the keynote was way too long, and seemed to get out of control. Tim Cook started to run on and off stage towards the end and this gave the whole thing a panicked and rushed feel. It is a pity as I really liked the early part and the main iOS and OS X announcements. When it got to the Music section I nearly turned off. But overall the announcements set out an exciting set of changes for 2015-6.

Apple's developer conference, WWDC, is coming up next week with the keynote address on June 8th. Everyone should note that this event is geared towards developers and so some of the announcements are not focussed on consumers. Instead this event normally sets out the Apple agenda for the coming year, especially in terms of software.

One of the main parts of this will be the announcements on iOS 9 and OS X 10.11. Apple have committed themselves to a yearly upgrade schedule, and assuming this does not change, we will be introduced to a preview of the next versions. Expect to see information on items like CarPlay and HomeKit too, both aimed at the developer community. Showing off the new operating systems is key to working with the developer community. 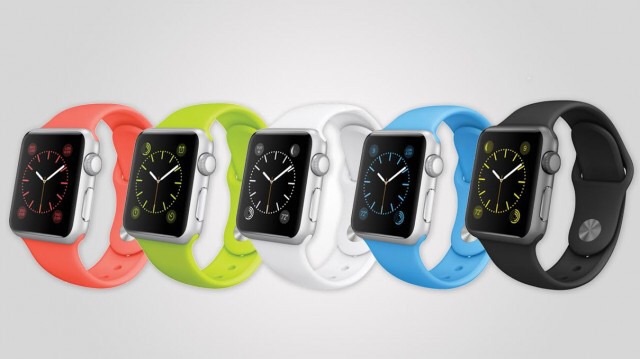 However we are also likely to see the launch of two other item- the first is the revised iTunes and Beats Music service. Ever since Apple purchased Beats in 2014 it has been expected that we would see a revised service from Apple, including a music streaming service. It may be that we see this announced at WWDC but this could also come later in the year, which was traditionally the event when iPods, iPads or iPhones are launched. I expect to see an announcement at WWDC if Apple can get agreements in place with the record labels.

Apple TV will also be updated- the announcement earlier this year that the price of the current Apple TVs had dropped to a new low seemed to be a very strong hint of new hardware to come. A new Apple TV would also sit nicely next to a Beats music announcement, with a deal with other TV network operators likely. Apple announced a deal with HBO in March.

Don't expect much change in terms of Macs; the laptops have been updated recently. I expect the iMacs to be revised later this year and so one possibility is news on revised Mac Pros, something which might be appreciated by some developers.

Another intriguing piece of info would be the Watch OS- will Apple show off changes to Watch OS and announce new features? I expect to see Apple announce changes to attract high quality Watch apps and because this is the year of the Watch and Apple will be promoting these new features in the Christmas buying season.

Overall is is likely to be a tech-heavy keynote, setting out the software and a few hardware bits for the rest of 2015.